Water softening methods is mainly rely on the removal of Ca2+ and Mg2+ from a solution or the sequestration of these ions, i.e. binding them to a molecule that removes their ability to form scale or interfere with soaps. Removal is achieved by ion exchange and by precipitation methods. Mineral tank and the brine tank are the main constituents of the Water softening system. The Water softener price/cost consists of a mineral tank and a brine tank. The mineral tank and the Water supply pipe are connected due to which Water passes through the tank before it can be used. Water Softener consists of negatively charged beads or resins that attract positively charged calcium and magnesium.

The Process of Reverse Osmosis 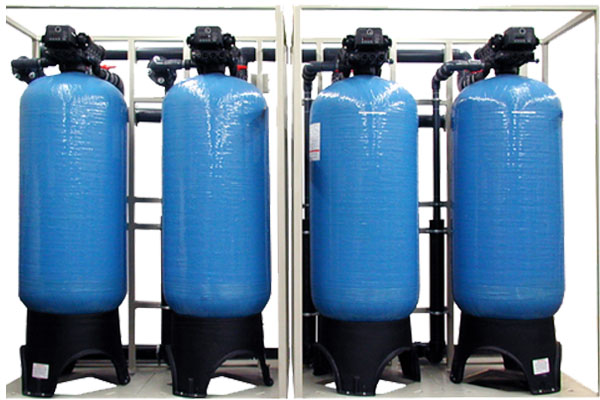 They help in producing zero soft Water by highly acidic cation exchanger, which removes calcium and magnesium ions from the Water. Our Water Softener Plant is portable, easy to move from one place to another. It also involves less effort in terms of installation and maintenance. As one of the leading drinking Water Softener Plant Manufacturer based in UAE, we make our products available to our customer’s at the most affordable price range.

These ions or minerals are normally addressed as scale in the water causing scaling of pipes and equipment in drinking water and process water systems. Water Softener offers a water purification solution for hard water and lime scale removal.

Water Softener Plant is also used in many process applications such as the production of cleaning agents and chemical production. For laundry and dish washing, the use of a Water Softener will significantly reduce the amount of soaps and detergents, resulting in reduced operating expenses.

The best way to soften water is to use a Water Softener and connect it directly to the water supply.

Softeners are sometimes even applied to remove iron. The softening devices are able to remove up to five milligrams per liter (5 mg/l) of dissolved iron.

Water softening is a technique that serves the removal of the ions that cause the water to be hard, in most cases calcium and magnesium ions. Irons ions may also be removed during softening.

The most common means for removing water hardness rely on ion-exchange resin or reverse osmosis.

Other approaches of Water Softener Plant include precipitation methods and sequestration by the addition of chelating agents.

Please feel free to contact us. We will get back to you with 1-2 business days. Or just call us now

Get A Free Quote

The commercial/industrial line of control valves was also developed with direct input from customers and incorporate many of the features proven in the residential line of valves. The...

Hard water can be hard on body and your house hold appliances Take the edge off with CLACK USA home water softening systems. Each is designed to help...

Hard water can be hard on body and your house hold appliances Take the edge off with CLACK USA home water softening systems. Each is designed to help...

We can be your great business partner and help you growth strongly.

Get A Quote Now